Congratulations to our 2014 Six String Theory guitar winner, Tony Pusztai, who is featured on a track on Lee Ritenour’s #1 Billboard Jazz album for the 2nd week in a row!  Quality talent shines through! 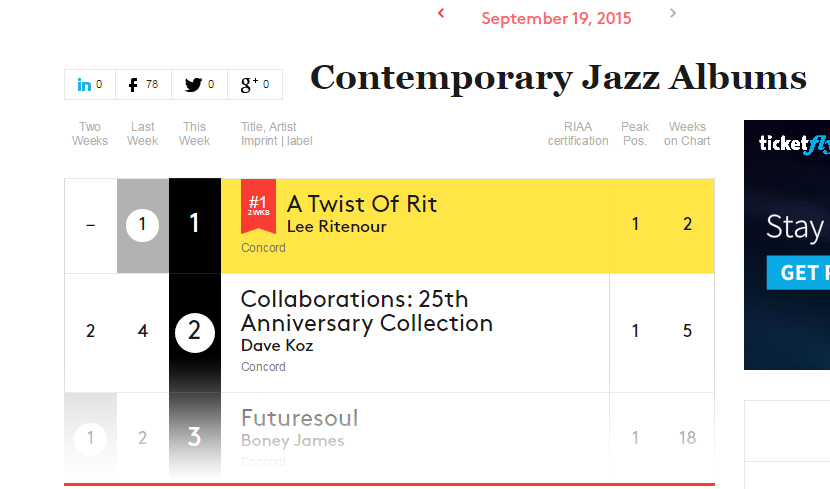 First off, a huge thanks for everyone’s participation in this year’s Six String Theory competition! This was by far our biggest turn out in four years and thanks to our incredible sponsors and the work of the SST team, not only did we have our biggest turn out, but also received videos from 48 countries!

Included here is the alphabetical (by first name) list of our semi finalists in each category that will be judged and voted on by our incredible board of artists and educators. Personally, I’ve been watching the videos since January, when they started rolling in, including, all the way through the last day! I was truly humbled by the amazing talent on these videos! I had the best seat in the house and learned a lot!

And by the way, just to let everyone know, ever since I was a kid, I’ve hated competitions! LOL!  I think they are contradictory to musicians bringing joy to the world, by making music. But, in today’s world, musicians need all the help they can get with exposure and I would like to think that SST tries to do that for all of you. I truly believe, all of you were winners by just joining the competition and trust me, a lot of people have been checking out your videos!

One note about YouTube… The videos varied incredibly in quality and sound. We tried to get past the inferior quality that some came in with and only concentrate on the performance.  The range was amazing, to almost total pro, picture and sound, & then all the way to the distorted cell phone capturing a band from way back in the club with the audience being louder than the musicians :-). I think in today’s world presentation is extremely important and it is absolutely not necessary to spend a lot of money to make a professional video, but the sound of your instrument and the way it is recorded is part of the process of being a great musician… So always keep that in mind when your YouTube videos are going viral around the world! 🙂

This contest would never have existed when I was getting started. One of my first big contests was the Hollywood Bowl “Battle of the Bands” in Los Angeles when I was a teenager… We came in second to a group called the Carpenters… Richard playing piano and Karen Carpenter playing drums (not singing yet)… their hits would come later. That was the kind of exposure then & now we watch videos every day from all over the world… absolutely amazing!

Once again, thanks so much for everyone’s participation… The finalists and runner ups will be announced on June 1, 2014.  Good luck!