Our 2014 Keyboard Winner, Giorgi Mikadze, will perform with Lee Ritenour in Israel. This marks the first time Lee will have performed in Israel making it a real special night.  We like to highlight the continued opportunities that come from being a Six String Winner! 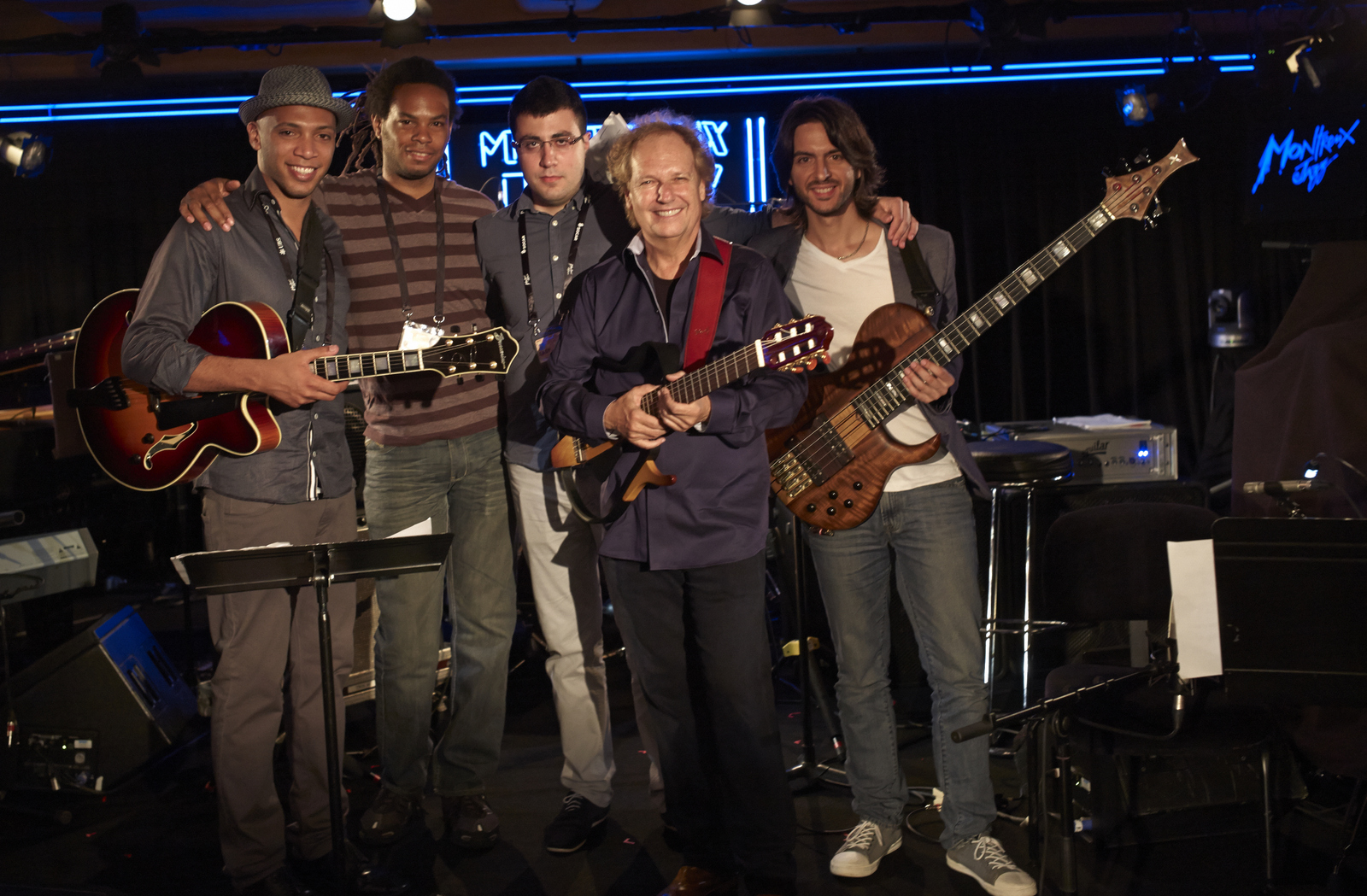 American Grammy award winning jazz guitarist Lee Ritenour will be performing in Israel for the first time on May 31 at Tel Aviv’s Reading 3. Known to fans as “Captain Fingers” for his uncommon dexterity on the guitar, Ritenour has recorded over 40 albums, with 35 chart songs, notably the Top 15 hit “Is It You,” which has become a contemporary jazz radio classic.

In the ’90s, Ritenour was a founding member of Fourplay, the most successful band in contemporary jazz, with keyboardist Bob James, bassist Nathan East and drummer Harvey Mason.

The first Fourplay album in 1991 spent an unprecedented 33 weeks at No. 1 on Billboard’s contemporary jazz chart.

Over the years, he has collaborated with an array of diverse artists such as George Benson, Vince Gill, Slash, Joe Bonamassa, Herbie Hancock, Chick Corea and even opera great Renee Fleming.

For the Tel Aviv show, Ritenour will be joined on stage by his band, including Ben Shephard on bass, Wesley Ritenour on drums and Giorgi Mikadze on keyboards.